I actually finished a project in a somewhat reasonable time frame (factoring in that I had class and plenty of homework to keep me busy).

So here's my secret "power source" for the light saber -- A Maglite!
It has an LED instead of the usual junky light bulb. The reflector in it also happens to be the perfect shape to illuminate the blade nearly uniformly. This idea was GENIUS!

Another GENIUS idea was the use of a custom machined collet to hold the blade in place. It makes the blade easy to replace and holds it in like... a real collet. 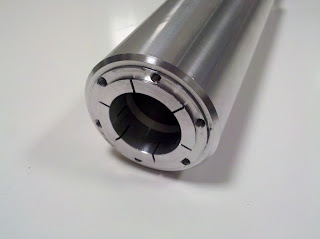 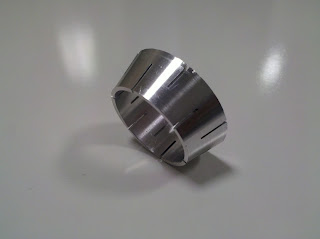 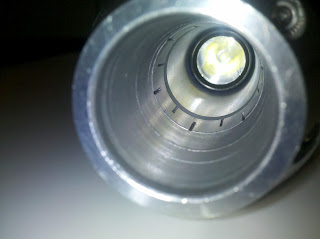 As you can tell the main body was bored pretty deep. Every surface of the 1.9" diameter 8" long body was machined. Inside and out! I used a boring bar with an immense reach - over 4" considering the smallest diameter it could cut was 0.5625". 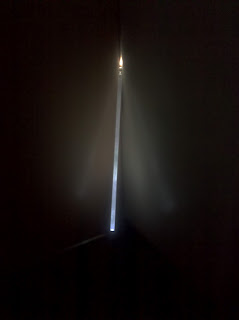 The light saber looks pretty good in the dark. I might replace the flashlight with a custom made lighting system later on so I can get a different color. For now the white looks fine and makes it that much more unique. 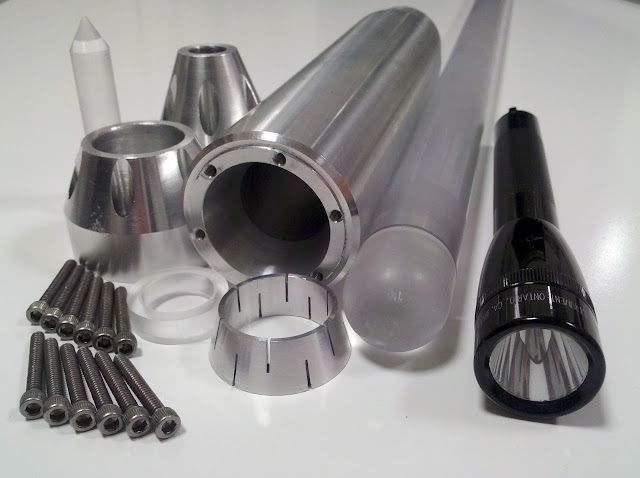 These are all of the parts used in the light saber. The screws are used to bolt the two ends onto the main body. The flashlight is held in place by the plastic ring shown next to the collet. It is turned on by the pointy looking acrylic piece in the back to the left. The blade got a rounded end cap to prevent injury during duels. (This light saber cut the blade off of one of the cheap "official" ones from the toy store) 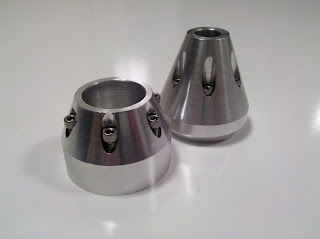 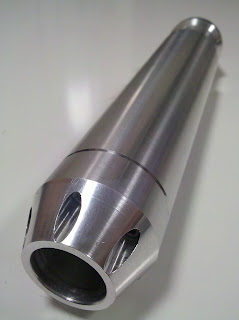 I ditched adding the gears around the hilt. It wasn't worth lifting the 8" rotary table from the floor onto the mill =D 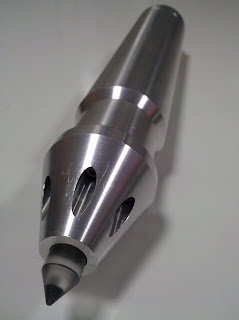 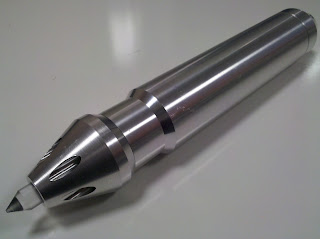 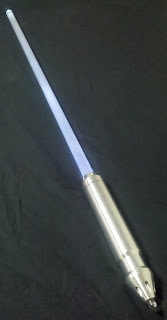 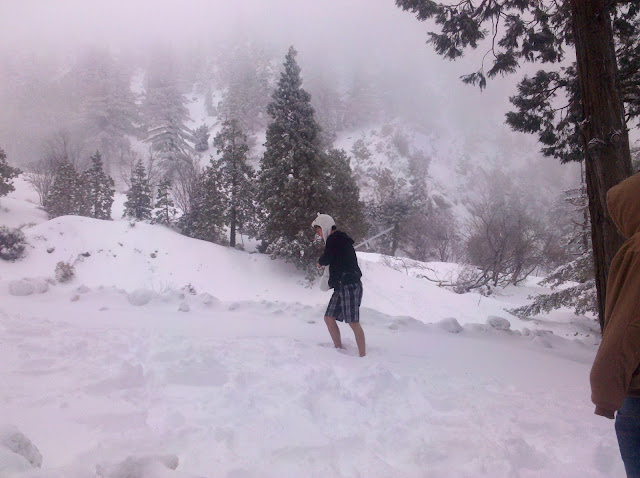 As you can see the light saber was put to good use battling the snow.

This project doesn't really have any pros or cons. It looks cool and that's about it. Until I make a second one I can't test it out in battle, so for now its mostly an art piece I guess.
Posted by JB at 11:21 PM No comments:
Email ThisBlogThis!Share to TwitterShare to FacebookShare to Pinterest
Labels: Aluminum, CNC, flash light, Lathe, light saber, Polycarbonate
Newer Posts Older Posts Home
Subscribe to: Posts (Atom)