I got sick using kludgey clamping jobs to hold the 2" vise to my CNC's table. I came up with a clamp concept a while ago, but I never got around to making a set until a few days ago when I found the right sized stock in my material pile. I was too lazy to find the drawings I had made of the clamps so I went by memory on the shape and I made up the dimensions as I went. I also decided to play around with running my spindle at 20,000 RPM. Both the parts and my test cuts turned out great. I was able to cut the parts at more than 5 times my usual material removal rate! 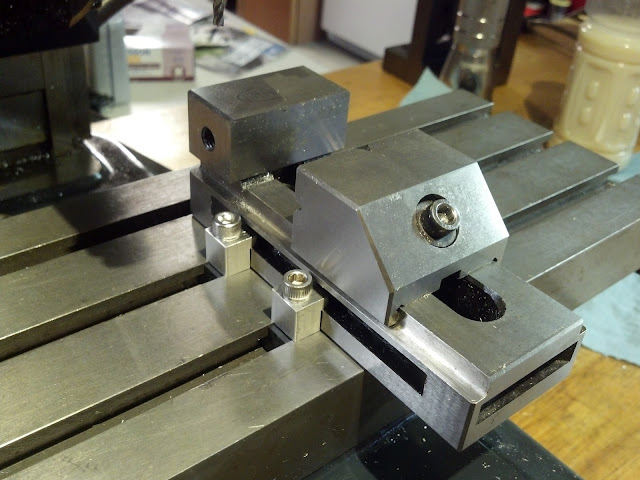 I used 4 blocks to hold my vise down. This vise is one of my favorite finds. It has incredible specs for parallelism because every face is precision ground, and it practically cost nothing. The only downside is it's a pain to clamp parts with the screw. 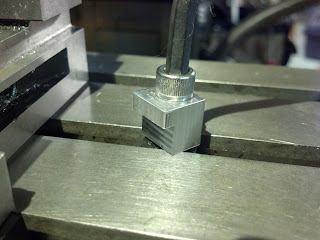 The clamps are made from .5" square stock aluminum. They are 0.01" shorter than the surface of the vise they clamp onto. This ensures they actually clamp down. I bolted down the vise in less than 30 seconds with these new clamps. Another added benefit of these is if I decided to add a second vise they won't create a large gap between the additional vise. GENIUS!
Posted by JB at 10:21 PM No comments:
Email ThisBlogThis!Share to TwitterShare to FacebookShare to Pinterest
Labels: Aluminum, Clamps, CNC, GENIUS, Machining, Vise

I finished the bridge on the guitar! I actually started it last summer when I made the string adjusters and half of one of the parts that makes up the base. I made most of the base at school but still had to complete the half finished part. It took me less than an hour to pop it out (including writing the code which is done by hand rather than with a CAM program). 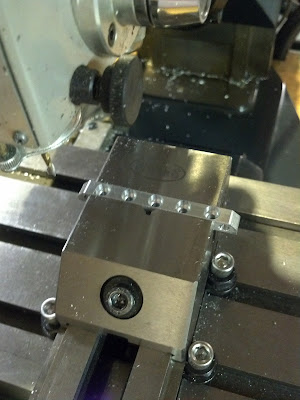 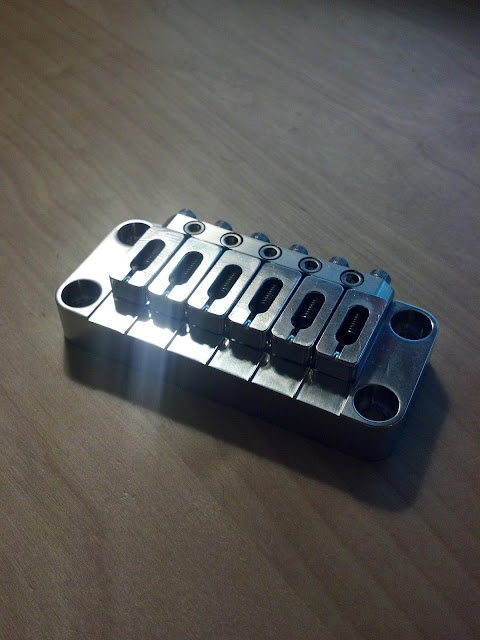 I also have a new phone so the camera is less blurry (mostly because it doesn't lag while taking pictures).

I also finished up some more of the head last week. 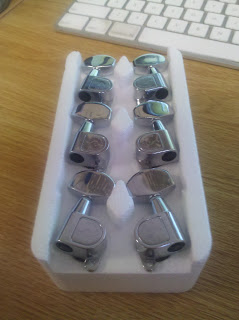 I had reverse-engineered some tuning knobs into my CAD from a drawing that I had found online. When I went to one of the guitar stores I found the EXACT same ones I had found online. I had to buy them once I realized that. It saved me a ton of time when designing the head. 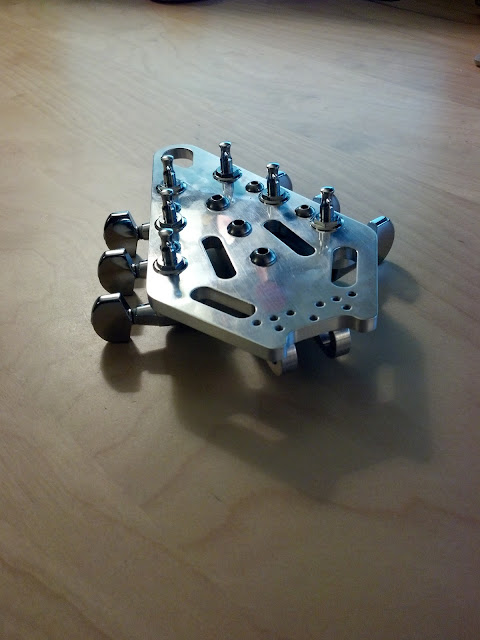 The head turned out pretty nice. It still needs the string alignment posts.  I have the material for those turned down to the right diameter, but I still have to cut them to length. Ill finish those when I get bored milling and want to switch to running the lathe. 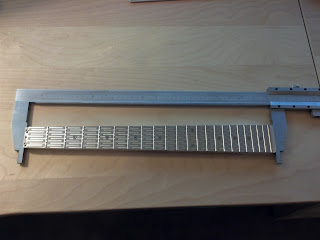 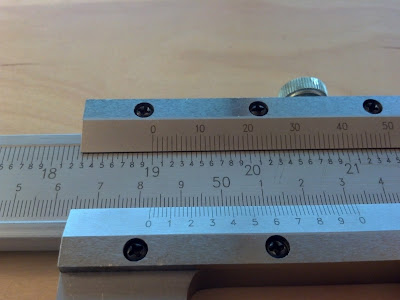 I also got a new set of calipers. They're a bit bigger than my old 6" set. You can really only make parts as accurately as you can measure them, so I figured it would be good to get a HUGE (40") set of calipers to make those giant parts to within 0.001 inches. It looks like my neck is about 0.001-0.002" over 19". I'd say that's pretty good considering I had no way to check the dimensions of my part as I was machining it. 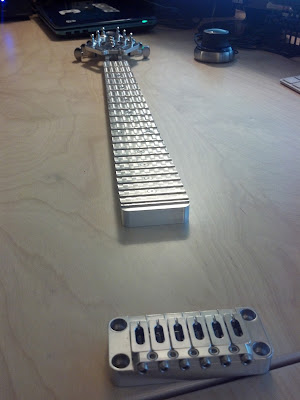 The guitar is slowly coming along. If I finish the main piece for the body I'll basically have it in a playable state. I hope the resonance of the aluminum gives it a unique sound, but doesn't make it sound awful. I do have some plans to add damping material into the neck if the resonance makes it sound strange.
Posted by JB at 11:47 PM No comments:
Email ThisBlogThis!Share to TwitterShare to FacebookShare to Pinterest
Labels: Aluminum, CAD, Calipers, CNC, GIANT, Guitar
Newer Posts Older Posts Home
Subscribe to: Posts (Atom)