This time the rear A-arms on the RC car broke. I may no longer have access to a milling machine, but now I have a 3D printer. I modified the CAD for the front A-arms and had a set of rear A-arms printing in a few hours. These parts took a mere 5 hours to print. They could have taken less time, but I decided to try printing with the high layer resolution setting (0.025mm per layer). I also tried printing the parts directly on the table. Technically this is frowned upon with this printer, but the parts came out mostly fine. It saved a ton of support material, so I can live with any defects caused by printing directly on the table. 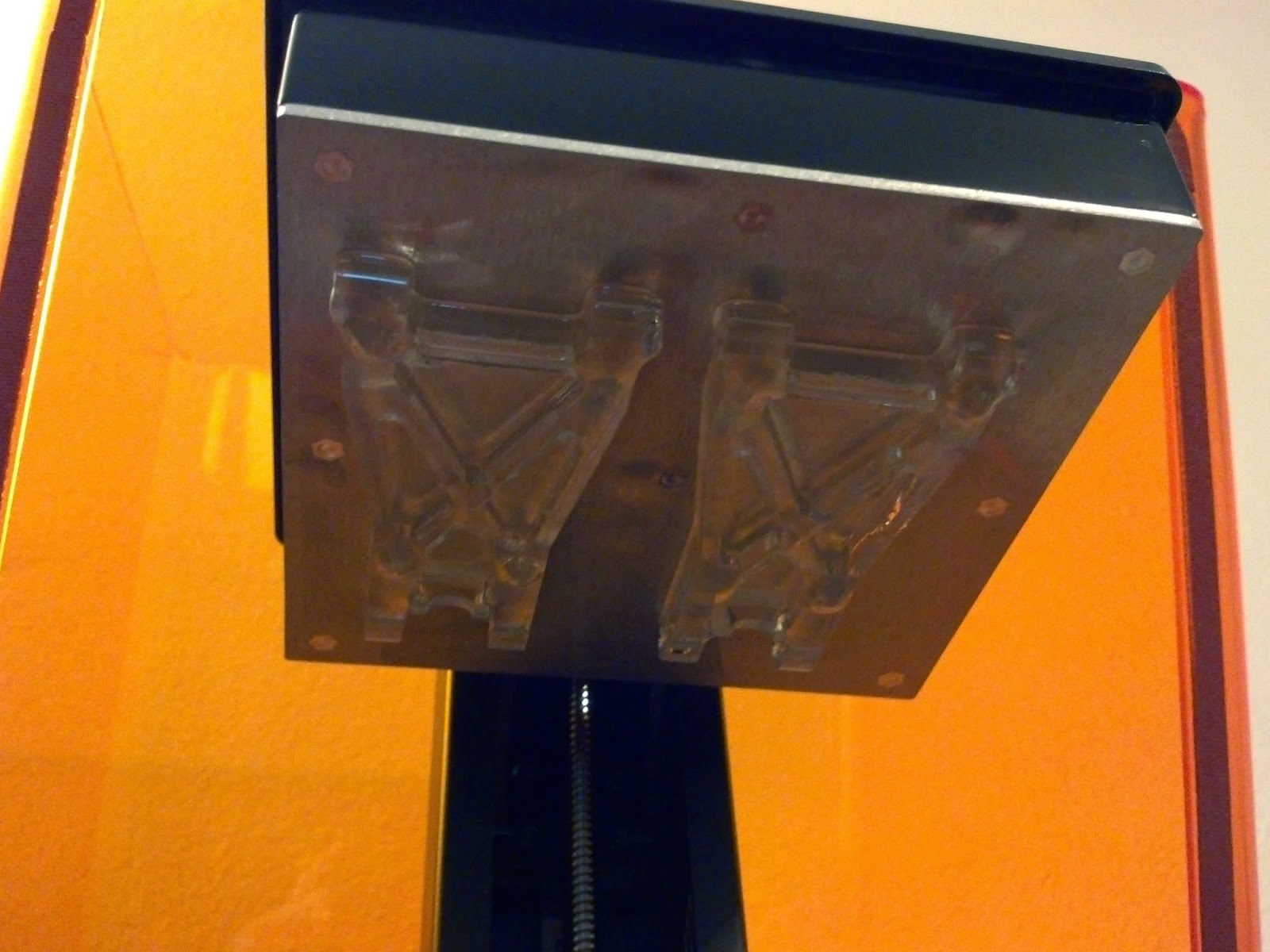 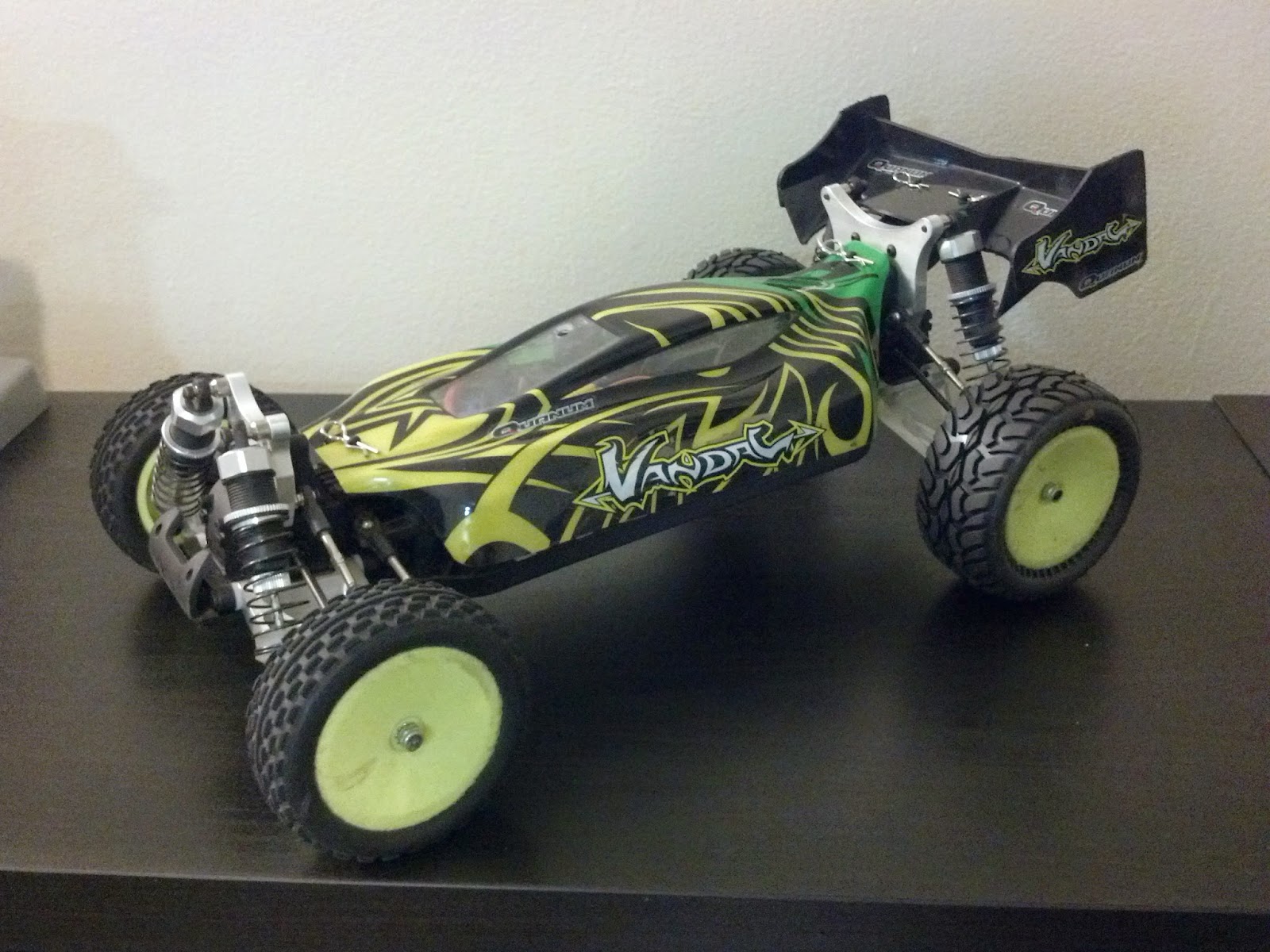 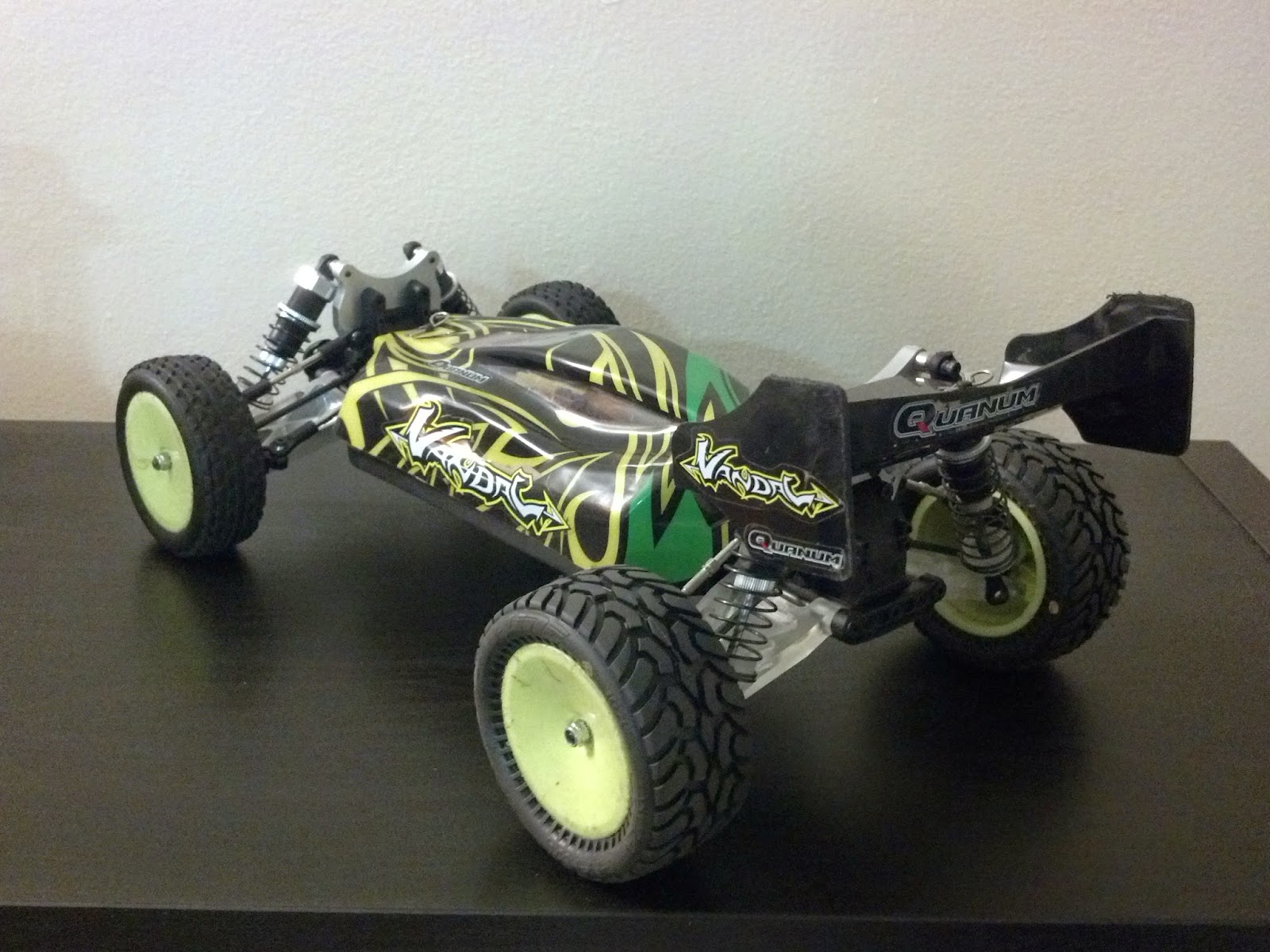 The car looks pretty slick with all these custom parts! 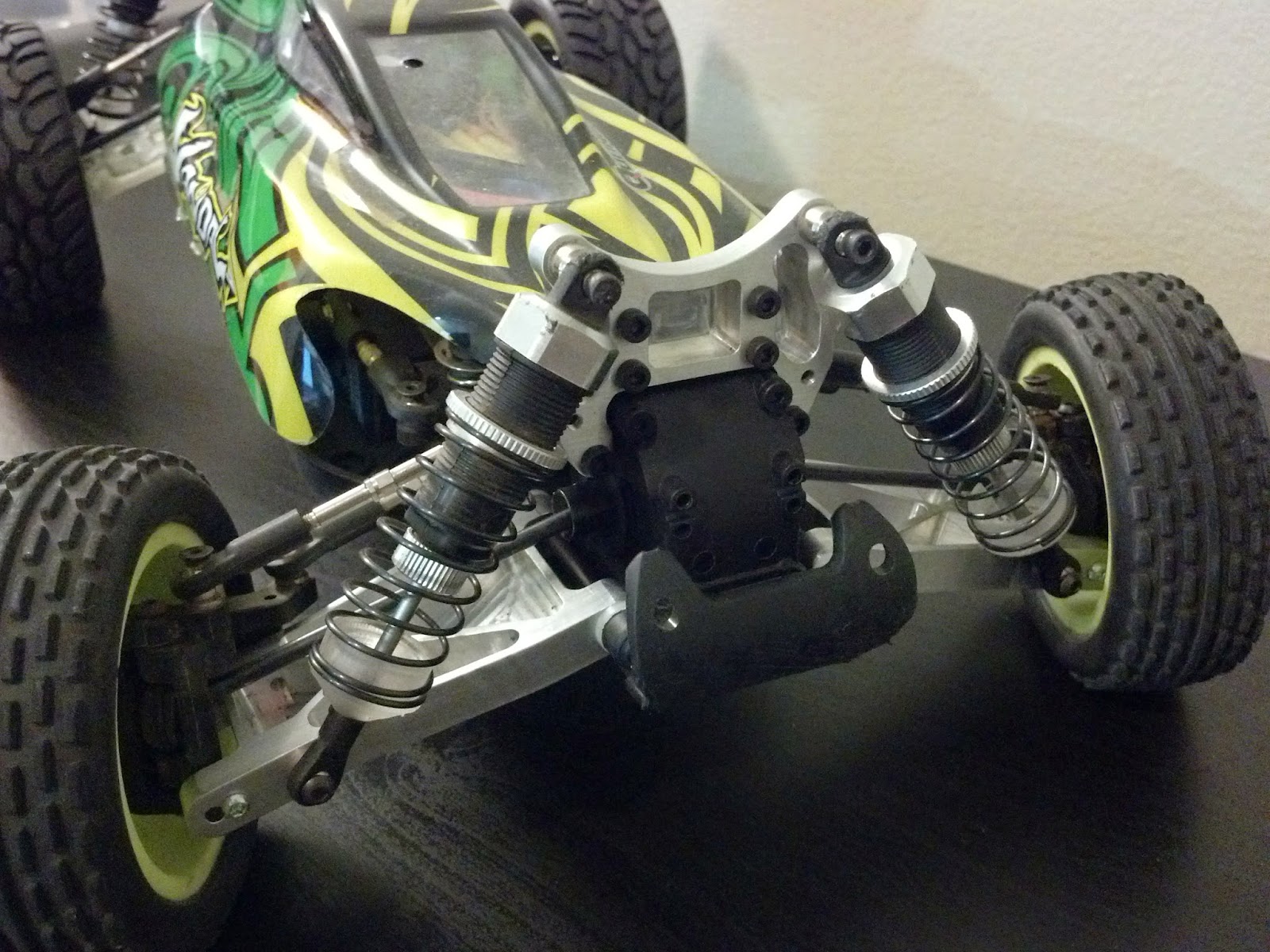 I also added the shock spring mounts. These prevent any binding between the shock and the replacement A-arms. 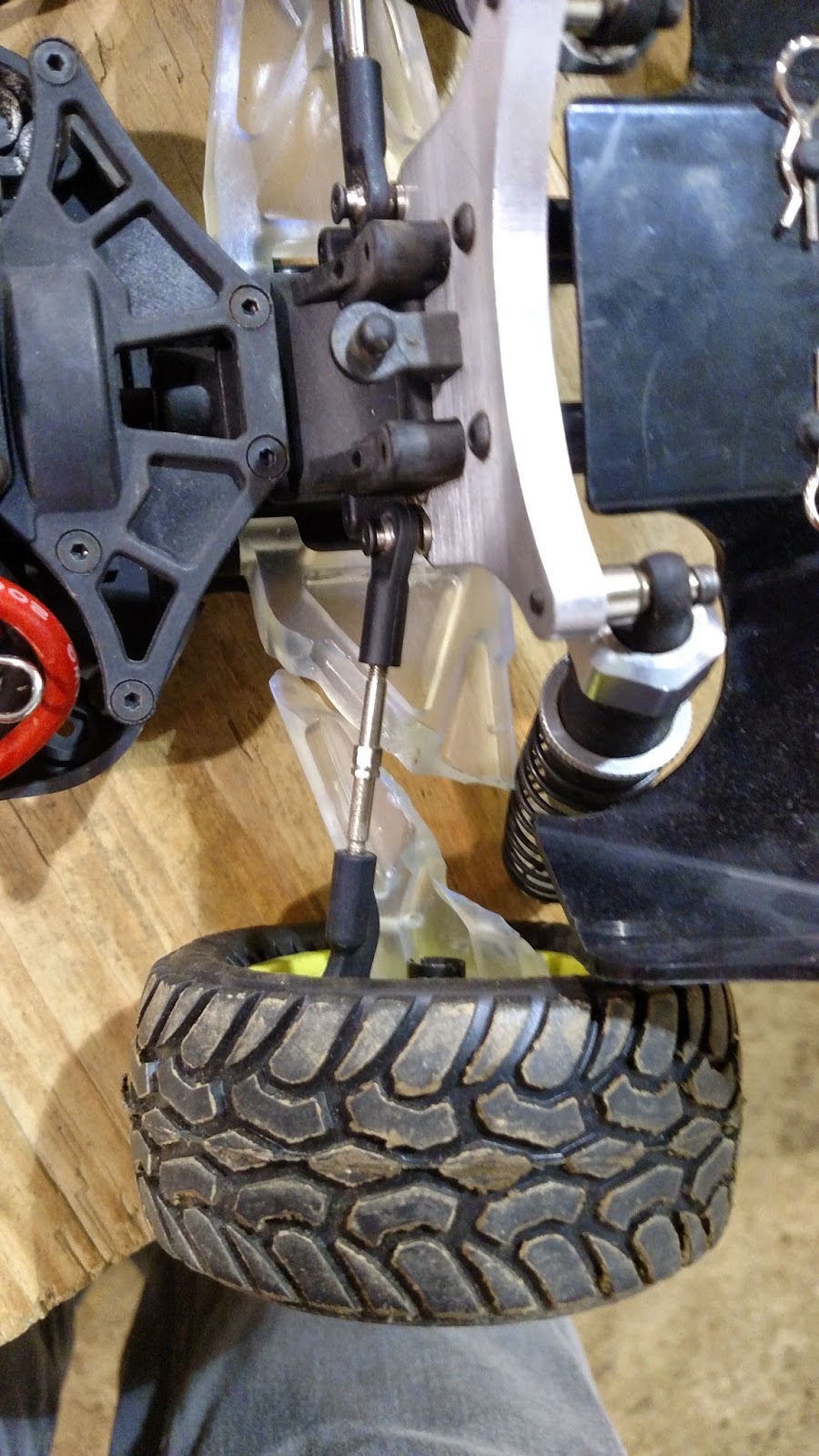 Unfortunately... I went too hard with the car shortly after making the new parts... 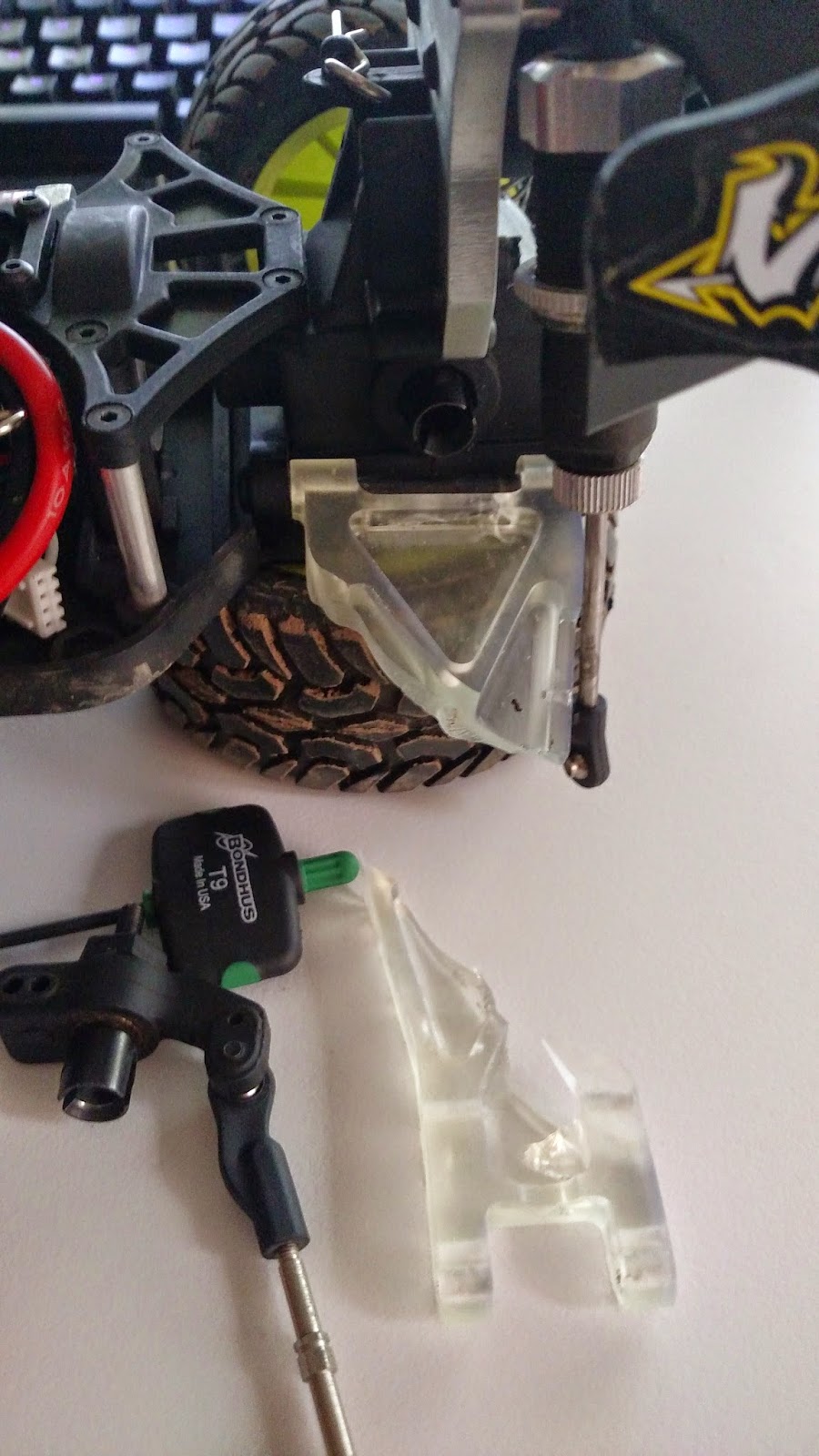 My replacement shock spring mounts took up more space than the originals. This prevented the shock from reaching its end stopper. The end stopper is an internal piece of rubber that prevents the piston from bottoming out and smashing into hard plastic. The car hit a hard landing after a jump and slammed hard plastic into hard plastic. The 3D printer parts can be post cured (which I did). The post curing greatly hardens the plastic, but also makes it more brittle. I won't do that with a future set of A-arms. 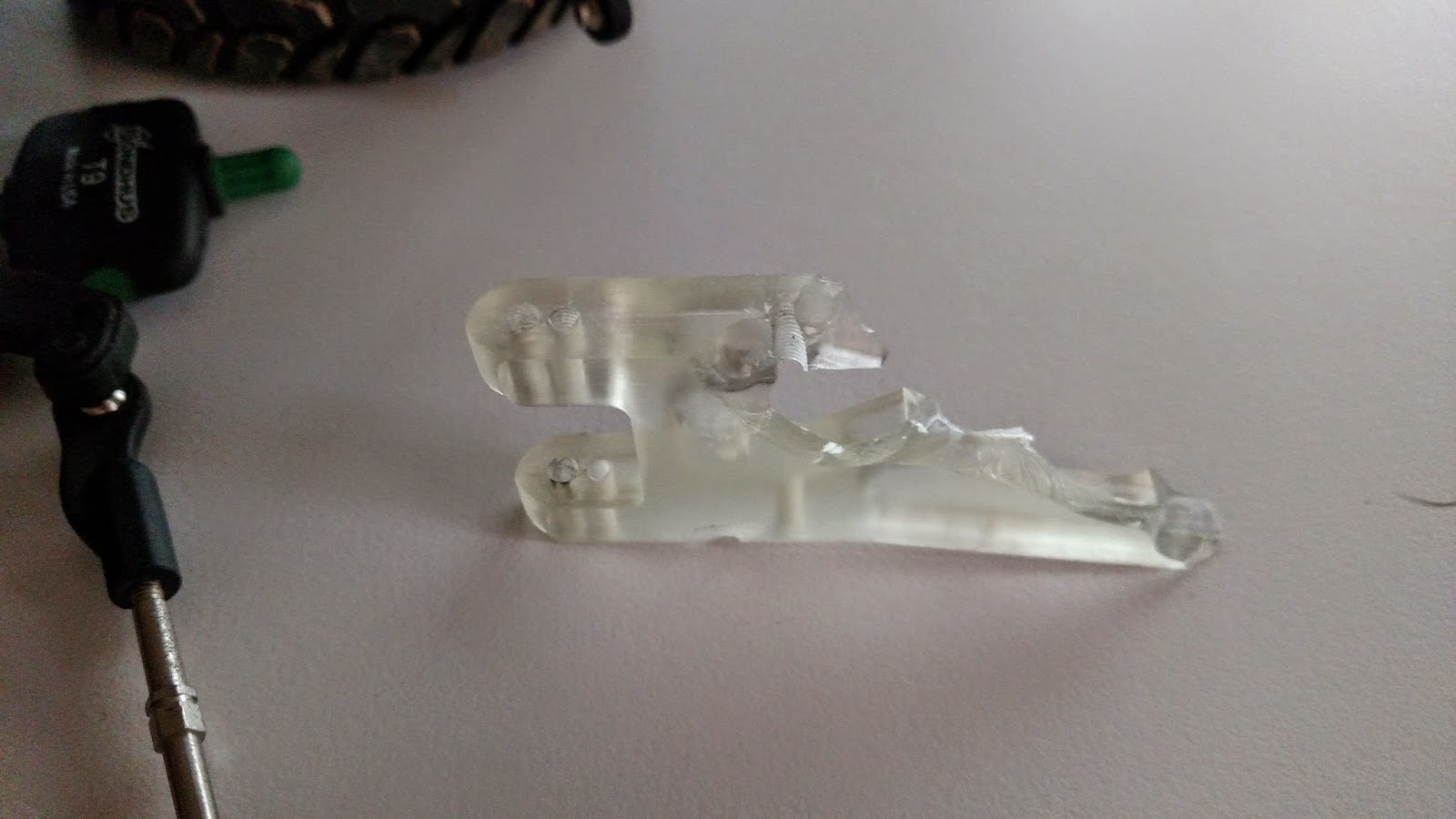 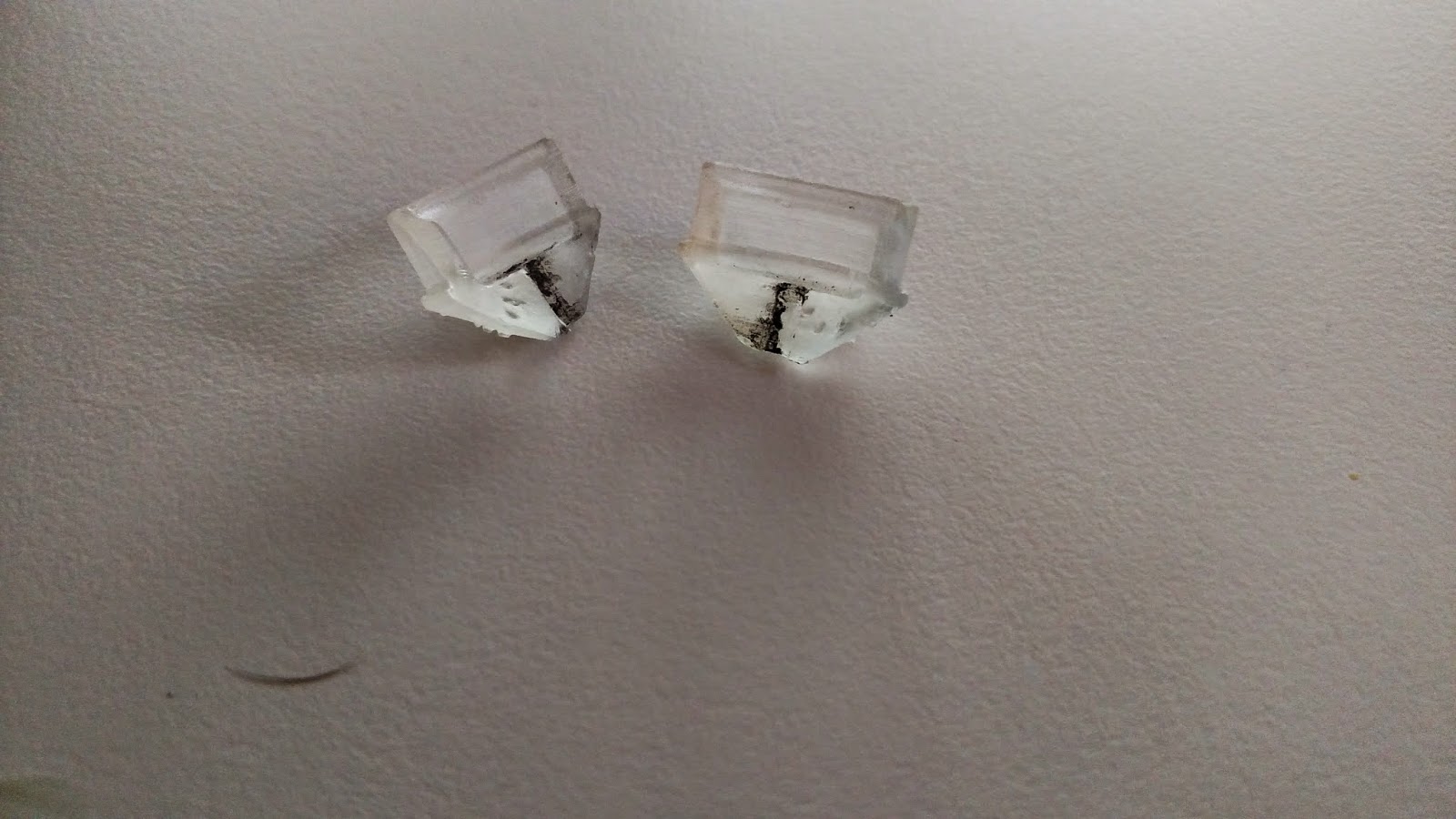 I'm starting to learn the material limitations from the 3D printer. The resin cures to be a somewhat brittle plastic. I have been post curing all of my parts (exposing them to additional UV) to make them harder. The parts that come out of the machine can be somewhat flexible and have a soft surface. The gears I've made need to be hardened or they will wear out quickly. This application of the plastic is better soft and slightly weaker. The added flexibility lowers the forces on the parts and prevents shock loading. I'll also look into making certain portions of the A-arm thicker. Holes - especially tapped holes become stress concentrators. These create points where a crack can propagate and make the part considerably weaker.
Posted by JB at 9:07 PM
Email ThisBlogThis!Share to TwitterShare to FacebookShare to Pinterest
Labels: 3D Printer, Brittle, Broken, Post Curing, Rc Car, Shatter