I got invited to a Halloween party about two hours before the party started. The party had a mandatory costume policy. Being an engineer and a new owner of a 3D printer I figured I HAD to 3D print my costume. The first thing that came to mind when thinking of 3D printing and Halloween costumes was an arc reactor. I've seen a bunch made on the internet and even a few for various Halloweens in the past. I remember that I had a box of LEDs. Unfortunately, I discovered that I only had two blue LEDs. Luckily I also had eight red LEDs... so the obvious costume became evil IronMan. I spent about 30 minutes drawing up the part in SolidWorks and then sent it to the printer. The print time was a little under two hours (it's cool to be slightly late to parties). While the part was printing I had to make the wiring. 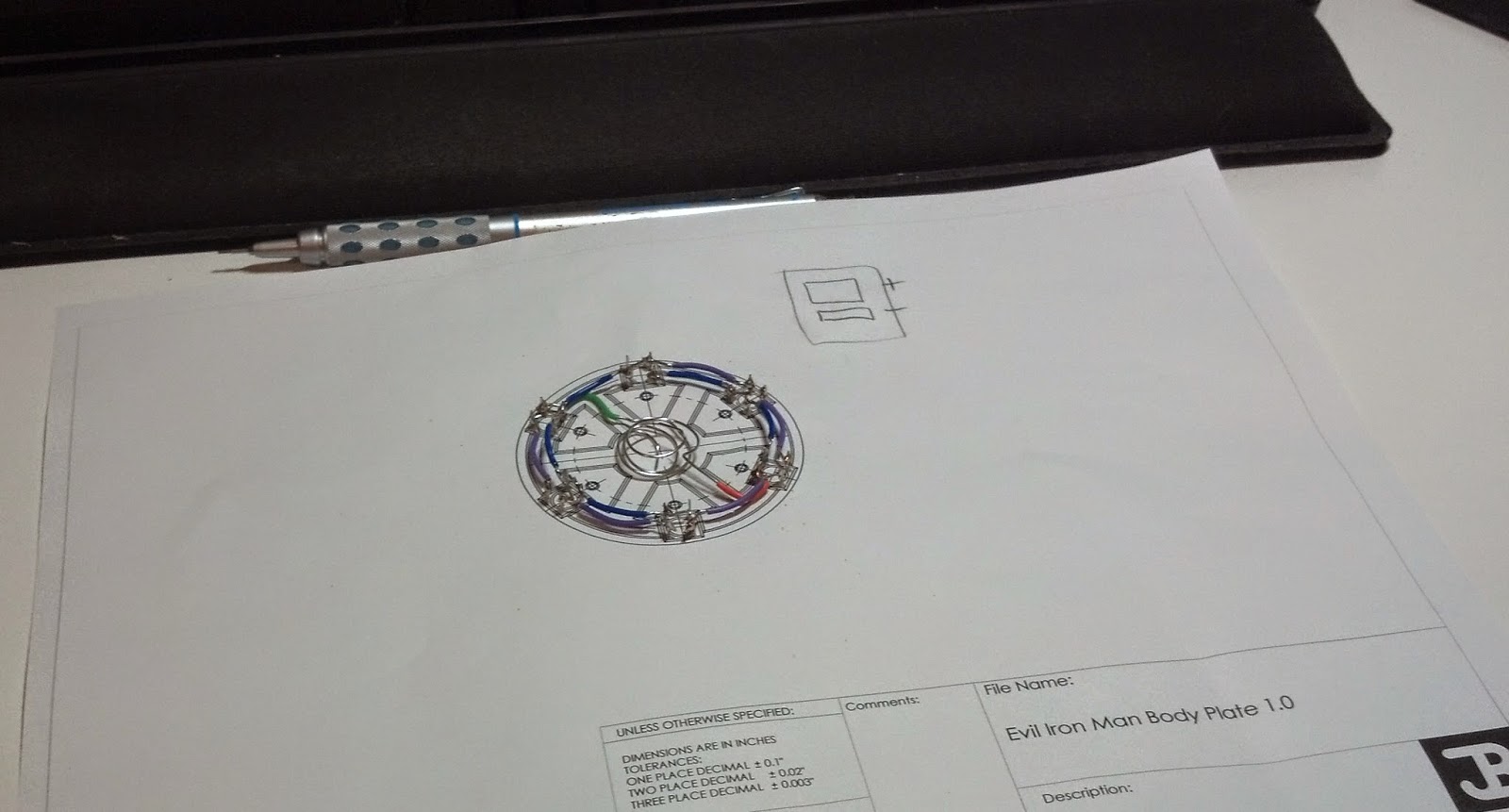 I pushed each of the LEDs through a 1:1 drawing of the frame. I soldered all of the LEDs together with some solid wire to give some structure to the electronics. I also used two bent spiral wires for the + and - connections to the battery. I tore away the paper to release the electronics for the final assembly. I didn't use any current limiting resistors or a proper current driver because the battery voltage was lower than the rated voltage for the LEDs. I also figured that the small coin cell battery wouldn't be able to supply enough current to fry six LEDs in parallel. 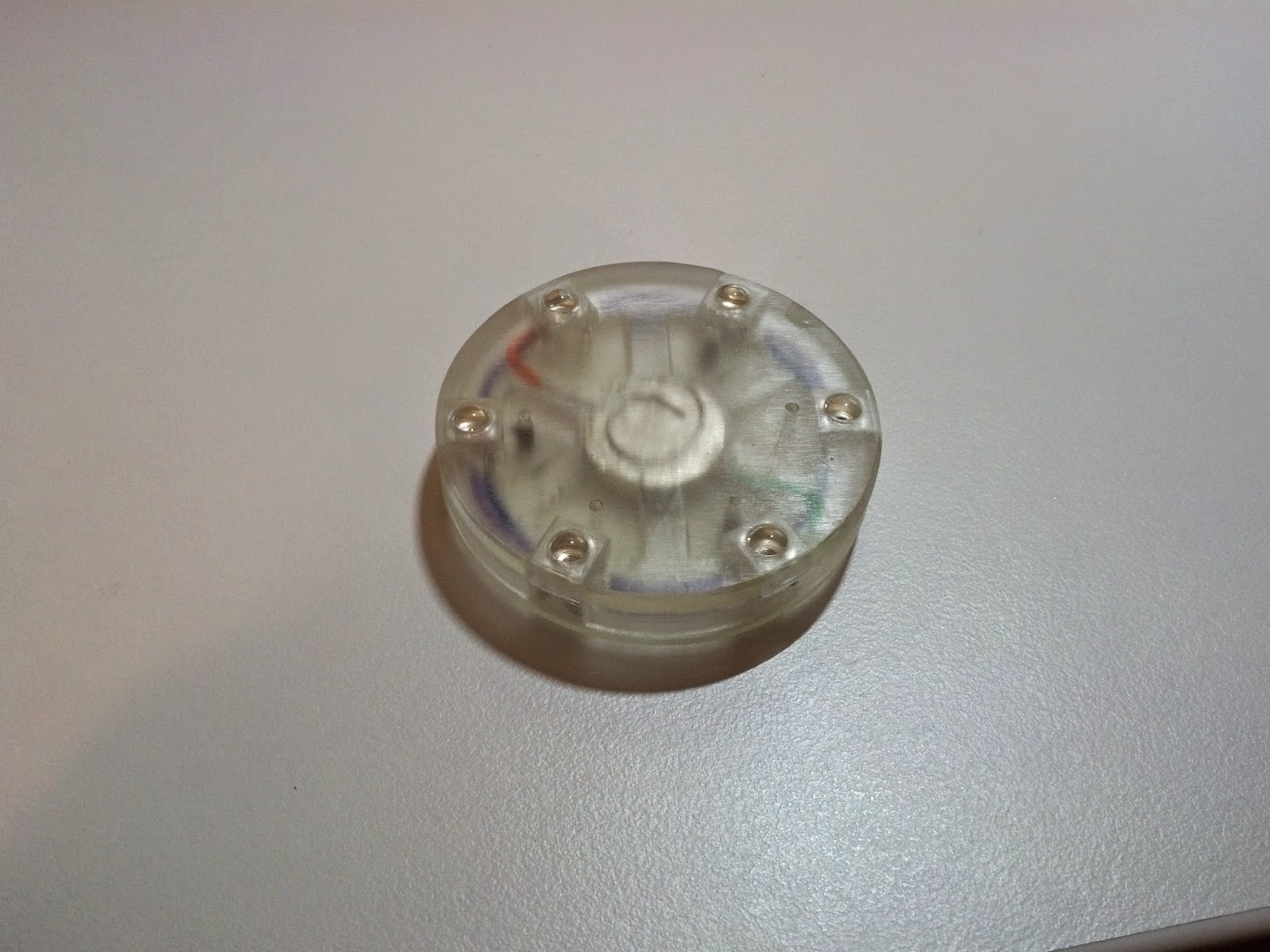 Here's a top side view of the arc reactor. Each of the LEDs stuck out from the frame to ensure maximum brightness. It also saved some material and print time. 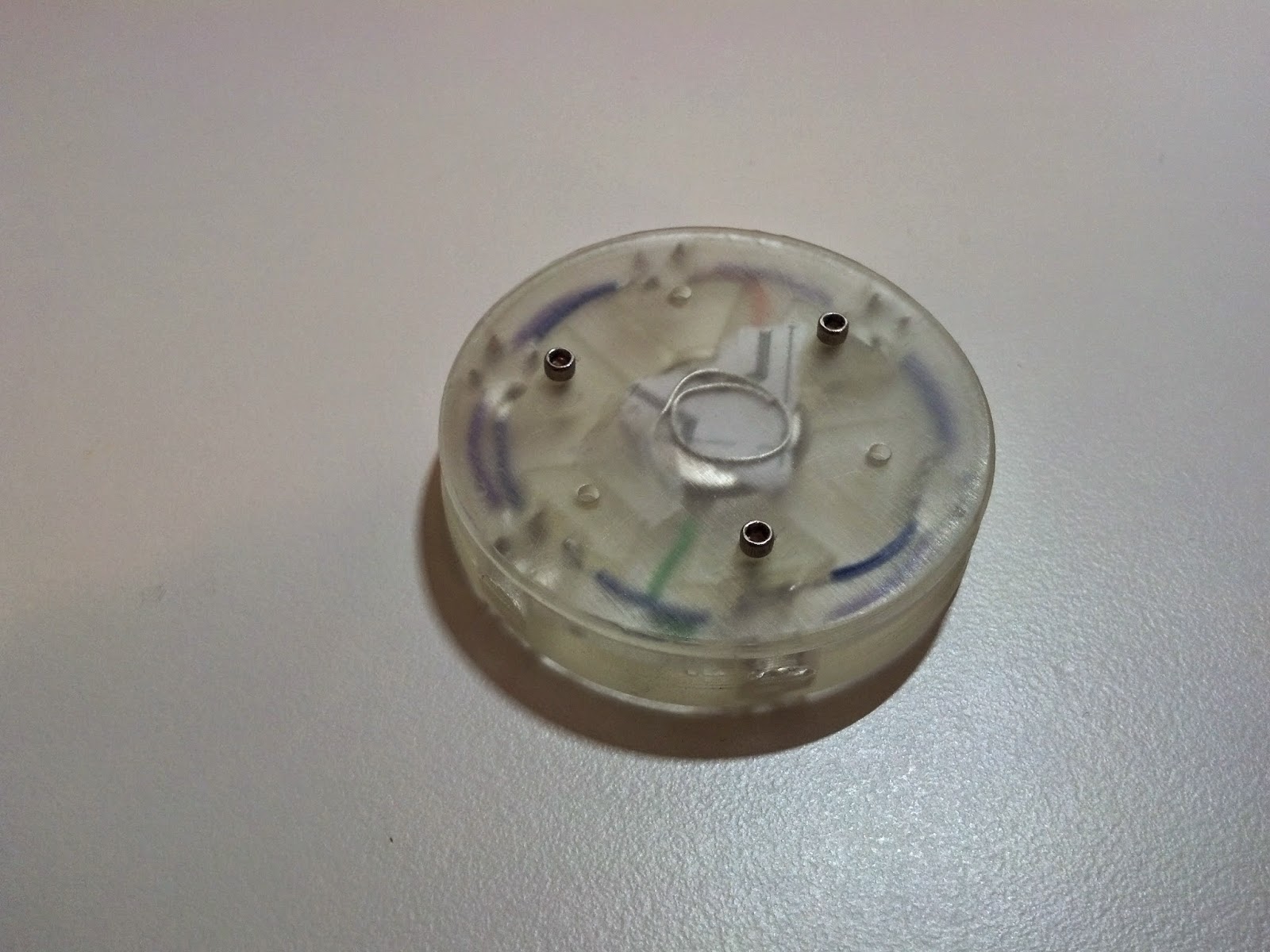 This is the back side of the arc reactor. I have paper shoved between the battery and the contact to prevent the LEDs from turning on. I didn't have a switch so the back has to be unscrewed to connect and disconnect the battery. 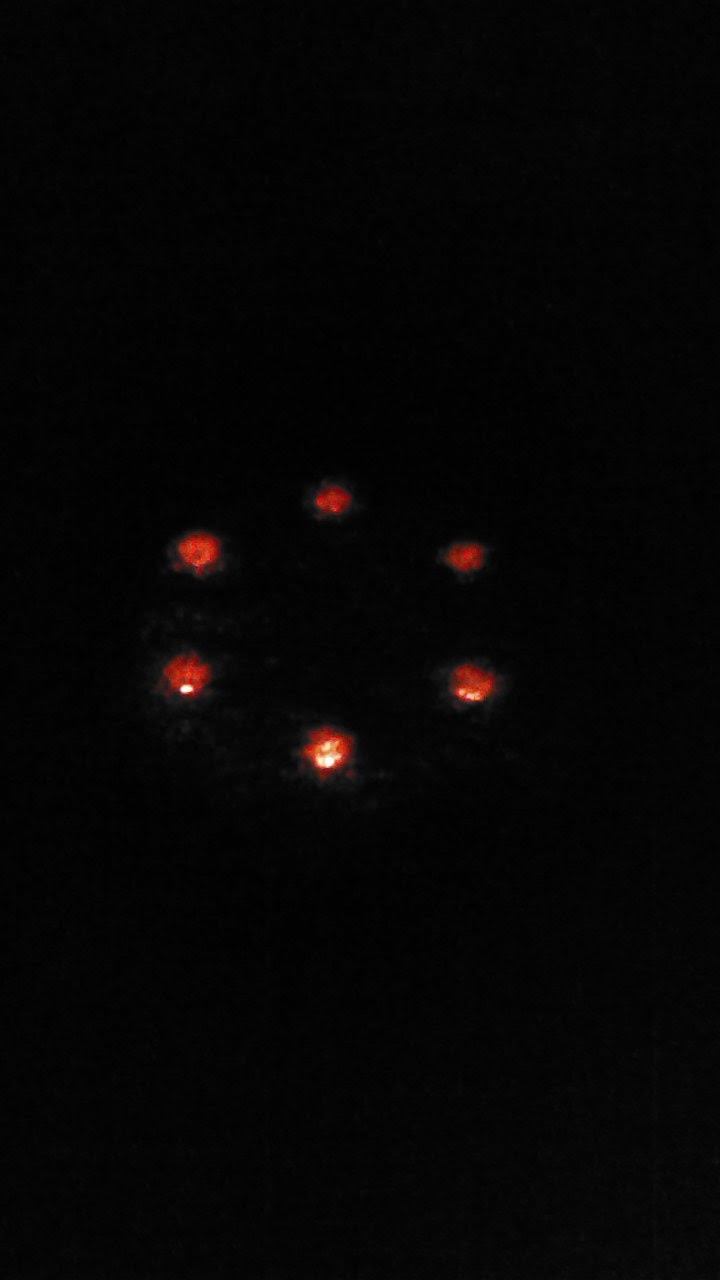 Surprisingly the arc reactor stayed lit up all night. I didn't even have to break out the spare battery and hex key that I kept in my pocket. The design wasn't too great, but im pretty proud of it considering it went from concept to finished product in a little over two hours!
Posted by JB at 9:21 PM
Email ThisBlogThis!Share to TwitterShare to FacebookShare to Pinterest
Labels: 3D Printer, Batteries, CAD, Costume, Electronics, LED, Rapid Prototype, SolidWorks